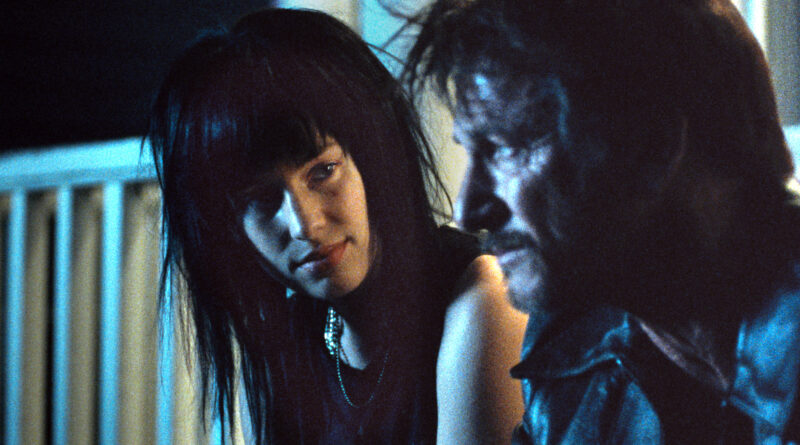 Based on a true story, Flag Day follows Jennifer Vogel across two decades as she comes of age while navigating a fraught relationship with her beloved father, the con man John Vogel.

Jennifer Vogel’s father John was larger than life. As a child, Jennifer marveled at his magnetising energy and ability to make life feel like a grand adventure. He taught her so much about love and joy, but he also happened to be one of the most notorious counterfeiter in US history.

The films stars Penn and his real-life daughter Dylan Penn in an intimate family portrait about a young woman who struggles to rise above the wreckage of her past while reconciling the inescapable bond between a daughter and her father.

It serves as a metaphor for a country that often fails to live up to its highest ideals. A country that does not follow through on its promises. Stoic imagery of flags waving and fireworks give way to darkened windows, disguises and eventually handcuffs and jail cells.

Ultimately, it is a story of perseverance, of truth, and learning who you are in the shadow of someone else.

It is also a story of uncovering memories of the past and examining those memories from a raw and vulnerable place.

Penn tells a dynamic story, and to do so, he brought together a cast and crew of exceptional talent to shepherd a project that he has always considered to be very close to his heart. It is also one that took 15 years to finally put out into the world and the first film he has directed and starred in.

When producer William Horberg first read Jennifer Vogel’s gripping memoir, he immediately
knew it had the makings for a strong film adaptation.

“It felt like a truthful window into families and love and loss and lies. I found it captivating.”

Both humorous and heartbreaking, Flim-Flam Man details Vogel’s tumultuous relationship with
her father–who also turned out to be one of the biggest currency counterfeiters in U.S. history–
amidst her journey to becoming a respected writer and journalist.

Horberg secured the rights and he and Vogel set out on a journey to bring her story to the big screen. Horberg says that Penn was the first actor he thought of to play John Vogel, although it would be years before Penn actually read the book.

Vogel wrote the story for two reasons: One, to figure out why things happened and why people did what they did and two, because she was searching for legitimacy, something she said she did not feel as she was growing up.

“I wanted to reach back and resolve some things on a personal level, but also tell the story of how I got there.” She’s expressed that there are many people who have similar stories to hers; that coming to terms with her story and putting it out there was important to her because she knew it would resonate with others.

Horberg shares in that feeling: “As I imagine would be true for anyone who sees the film, you
can’t help but see some part of your own life in hers, not in the specific details, but in the way all
families are dysfunctional, and all growing up involves separation and the need to forgive our
parents for their mistakes even as we relive them ourselves.”

The adapted screenplay was penned by brothers Jez Butterworth and John-Henry Butterworth.
Horberg added, “Sydney Pollack and I got to know Jez through the making of Birthday Girl,
which he wrote and directed, and we supervised.

“I knew he was a uniquely talented writer with the same qualities and sensibility as the book. He was the first person I thought of when I read it, and I was thrilled when he and his brother and often collaborator John-Henry took it on.

“It took a long time for this film to come together, but his script was always the thing that kept us
going. It was just too good to give up on.”

Flag Day caught the attention of director and actor Sean Penn, who admired Jez’s play Jerusalem (hailed by the Telegraph as “the greatest British play of the 21st Century”) and later starred in the Butterworth brothers’ gripping political thriller, Fair Game, about a real-life CIA agent, whose identity is leaked to the press. Penn knew he wanted to make Flag Day, “from the first time I read it,” but it would take 15 years for the project to finally get the chance to come to life.

Horberg and Penn were joined by producers Jon Kilik and Fernando Sulichin to tell this story, two people that Penn trusted and knew were the comrades he needed on this journey.

Horberg notes how vital both Kilik and Silichin were to the production, stating, “There is
simply no way I could have produced the film without Jon and Fernando as my full creative and
logistical partners. They were in the trenches every step of the way, fighting for the resources to
allow Sean to achieve his vision for this story, and getting every shekel we had up on screen.”

Jennifer Vogel reflected, “The film project began before my memoir, Flim-Flam Man, was
published. Producer William Horberg and screenwriter Jez Butterworth visited me in
Minneapolis in 2004, where I gave them a tour of the city and my life.

“Since then, the screenplay has gone through various iterations—I wrote a version myself at one point. We came close to making the film several times, but it wasn’t until Sean Penn came aboard that everything fell into place.” Vogel called the opportunity to turn her memoir into a film “irresistible.”

When approached by Horberg and Butterworth, she said she felt, “curious to see what kind of new art
could be made out of my story.” 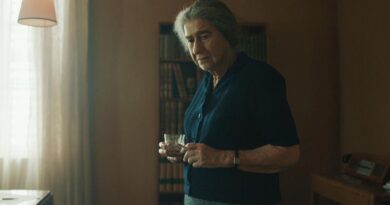