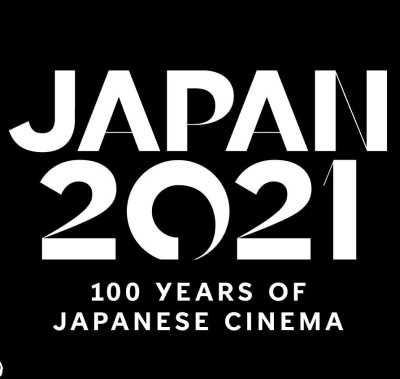 Following an online launch on BFI Player in 2020, the BFI’s major celebration of Japanese cinema arrives on big screens UK-wide, with highlights including:

The BFI today announces the return of BFI Japan 2021: 100 Years of Japanese Cinema, coming to cinemas UK-wide from October – December 2021.

Highlights of the celebration will include a BFI re-release of Akira Kurosawa’s Seven Samurai (1954); a two-part season at BFI Southbank focusing on the Golden Age of the studio system and the rise of the radical New Wave and independent filmmakers of the later 20th century; special events and screenings of great Japanese films at cinemas UK-wide; and a film programme on BFI Player.

Originally scheduled to run in venues across the UK from May – September 2020, the BFI moved the season online by programming an unprecedented number of Japanese films on BFI Player while cinemas across the country remained closed, resulting in films in the BFI Japan collection being streamed on BFI Player in excess of 400,000 times since then.

After the Olympic and Paralympic Games in Tokyo come to a close this summer, the BFI picks up the torch to shine a light on 100 years of Japanese cinema this autumn, as well as into 2022, when BFI Southbank will programme a two-month season to celebrate the art of Anime (April – May 2022), with more details to be announced soon.

BFI Japan will spotlight one of the world’s greatest cinematic traditions, one that has long inspired admiration and fascination among audiences and creatives the world over. Classic films by Akira Kurosawa, Yasujirō Ozu and Kenji Mizoguchi regularly rank at the very top of critics’ all-time lists; Studio Ghibli leads the animated world in visionary imagination; while waves of innovators from the cinematic rebels of the 60s to today’s audio-visual live artists and video game auteurs take the moving image to thrilling new places.

The influence of Japanese cinema cannot be overstated – Kurosawa in particular influenced Sergio Leone’s A Fistful of Dollars  – an often shot-for-shot remake of Yojimbo (1961) and Seven Samurai (1954) was adapted into John Sturges’ The Magnificent Seven and influenced films including Quentin Tarantino’s Kill Bill and George Miller’s Mad Max: Fury Road.

George Lucas has long acknowledged Kurosawa’s influence on Star Wars, from the narrative and thematic elements to costumes and names and, more recently, video game Ghost of Tsushima, in which players can adopt ‘Kurosawa mode’, pays loving homage to the master filmmaker.

Part one of the season (18 October – 30 November) surveys the great Japanese studio era from the 1930s to the early 1960s. The season will celebrate the work of Kenji Mizoguchi, Yasujirō Ozu, Mikio Naruse and Akira Kurosawa, whose films rank among the supreme masterpieces of world cinema – their visions embodied through the performances of great actors such as Kinuyo Tanaka, Setsuko Hara, Hideko Takamine and Toshiro Mifune.

Part one will also feature a special Halloween J-Horror Weekender (29 – 31 October), celebrating the phenomenon that was kick-started by directors such as Hideo Nakata, Kiyoshi Kurosawa and Takashi Miike, who all made waves internationally with their innovative and terrifying brand of horror.

Part two of the season (1 – 30 December) features 20th century Japanese films made after 1964, including the New Wave and genre classics of the 1990s.

The season will spotlight directors such as Seijun Suzuki who re-energised genre cinema in exciting, radical ways and independent filmmakers such as Nagisa Ōshima, Kijū Yoshida and Mitsuo Yanagimachi, who crafted films of uncompromising individuality and political engagement that commented forcefully on issues such as racism, gender and modernisation.

We go on to explore the Renaissance of both popular and art house cinema in Japan in the 1990s through the work of directors such as Shunji Iwai, Hirokazu Kore-eda and Naomi Kawase.

A two-month celebration of a century of Anime will take place at BFI Southbank throughout April and May 2022; further details of this season will be announced soon.

Spencer moves to the UK for final stretch of filming

March 28, 2021 rodneyappleyard Comments Off on Spencer moves to the UK for final stretch of filming 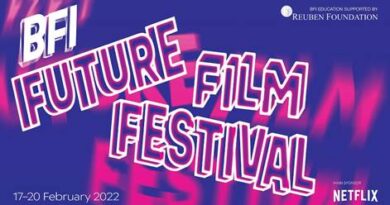 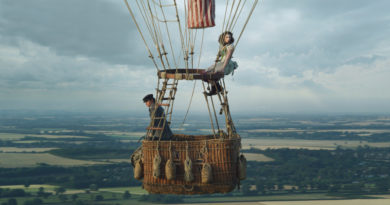 Felicity Jones and Eddie Redmayne in The Aeronauts

September 19, 2018 rodneyappleyard Comments Off on Felicity Jones and Eddie Redmayne in The Aeronauts