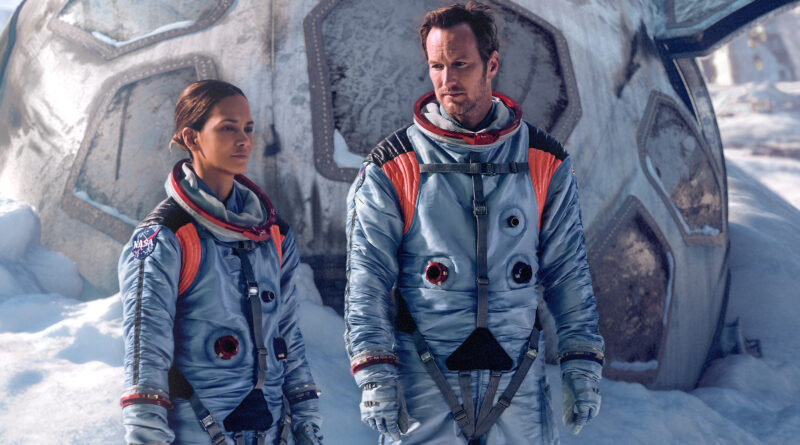 In Moonfall, a mysterious force knocks the Moon from its orbit and hurls it on a collision course with Earth – and with life as we know it.

With only weeks before impact and the world on the brink of annihilation, NASA executive and former astronaut Jocinda ‘Jo’ Fowler (Academy Award® winner Halle Berry, Best Actress, Monster’s Ball, 2001) has an idea that can save our planet.

But only a man from her past, Brian Harper (Midway’s Patrick Wilson) and lovable conspiracy theorist K.C. Houseman (Game of Thrones’ John Bradley) believes her.

These unlikely heroes mount an impossible final mission into space, leaving behind, perhaps forever, their loved ones – and discover an incredible secret about Earth’s only “natural” satellite.

In the early 1960s, U.S. president John F. Kennedy implored Americans to go to the Moon, not because it was easy, but because it was hard. His hopes and dreams for this impossible task became reality in 1969, with the Apollo 11 lunar mission – a true “giant leap for mankind.” But, posits Moonfall, that world-changing event hid a secret that would, in 2022, see the Moon come to us.

Humanity faces the true and absolute dark side of the Moon, as entire cities are evacuated, moving to higher ground offers the only chance of survival, and civil unrest is pervasive and destructive in once unimaginable ways.

It’s Earth’s sixth extinction-level event. Moonfall director Roland Emmerich is a master of cinema spectacle, encompassing science fiction blockbusters, like Independence Day, 2012 and The Day After Tomorrow, as well as historical epics, including The Patriot and Midway.

In addition to scale and scope, the acclaimed filmmaker’s work always presents a cornucopia of fun, relatable themes, fully realized characters, and powerful emotions about the power of hope.

For Moonfall, a theory that described the Moon as something vastly different from what we learned in high school science class inspired Emmerich. “There are some who believe that the Moon is not a natural object,” he remembers.

“I thought that was an intriguing idea for a movie. What happens if this object falls down to Earth? Of course, we would have to figure out how to stop it, but I was equally fascinated by the challenge of creating characters who embark on a mission to the Moon to save our planet, as well as the families who stay behind and struggle to survive the cataclysms that come with the Moon’s collision course with Earth.”

Kloser, who also serves as a producer and composed the film’s score, notes how Moonfall fits into Emmerich’s body of work. “We want to make people laugh and cry with our movies,” he explains.

“It’s really cool for an audience to have that first little laugh early on, so they know it’s okay to have fun, too. That makes the characters’ journeys more exciting. It’s a genre that Roland invented with Independence Day.

“For this film,” Kloser continues, “we came up with the idea of the Moon changing orbit and it looks like it’s going to crash down on us, which is a completely overwhelming situation.

But the human spirit won’t give up so quickly. There are always people who exceed their potential, and we like to tell stories about ordinary people in absolutely extraordinary situations.”

Much of Emmerich’s work is also about family relationships, which are very much at the heart of Moonfall. “Family dynamics are rarely easy, and in our movie pretty much every family is broken,” says the director. “But this cosmic event brings them together and leads them to understand that family is the most important thing in their lives.” 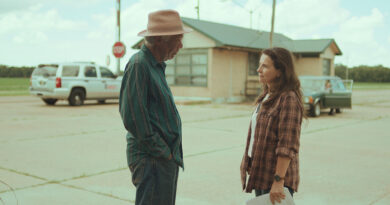 Juliette Binoche and Morgan Freeman on the road to ‘Paradise Highway’

October 31, 2021 rodneyappleyard Comments Off on Juliette Binoche and Morgan Freeman on the road to ‘Paradise Highway’