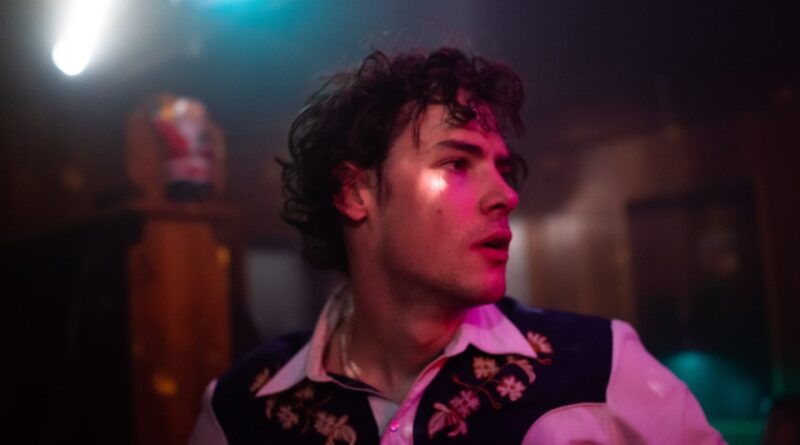 The Golden Eye for the best series goes to Cry Wolf by Maja Jul Larsen, while the children’s jury prize goes to The Club of Ugly Children by Jonathan Elbers. The prizes were awarded as part of the Award Night in the opera house.

The Golden Eye of the 16th Zurich Film Festival for the best film in focus competition goes to Hochwald  by Evi Romen (Austria, Belgium). The film tells the story of Mario, who breaks out of his South Tyrolean homeland with his childhood friend Lenz and visits a gay bar in Rome with him. When Lenz falls victim during an armed attack, Mario returns to his home village, where his life gradually falls apart.

The jury justified its choice as follows: “With its variety of topics, Hochwald is taking a risk that the main actor Thomas Prenn knows how to master at every point. We follow him through the most dramatic twists and turns that confront us with his role as an outsider and our prejudices. The director Evi Romen convinced us with the choice and staging of her cast and the way she handled the narrative rhythm and visuality. We are curious about her further cinematic work.”

Watch an interview on set with the Director, Evi Romen:

Special mentions go to One Of These Days by Bastian Günther (Germany, USA) and Wood by Monica Lăzurean-Gorgan, Michaela Kirst and Ebba Sinzinger (Austria, Germany, Romania).

The Golden Eye of the 16th Zurich Film Festival for the best film in the feature film competition goes to Sin Sen señas Particulares by Fernanda Valadez (Mexico, Spain). The drama revolves around Magdalena, who travels north through a desolate Mexican landscape in search of her son, who left for the United States and is presumed to be dead.

“This fearless, magical, haunting and all-too-real film begins as a straight-line journey and then takes the viewer into a cinematic world where monsters are real … Focusing on a humanitarian crisis that has left empty villages and armies of people, this film is a comprehensive portrait of a tragedy. It is a breath-taking approximation of a war fable, and it can be associated with many places around the world that are internally at war. This outstanding first feature film from a group of exceptional artists refuses to set up any stereotypes about what a film made by women can be.” the jury stated.

The Golden Eye of the 16th Zurich Film Festival for the best film in the documentary competition goes to Time by Garrett Bradley (USA). The long-term documentary portrays Sibil and her husband Rob, who are said to have robbed a bank 21 years ago. While she got away with a minor sentence, he was sentenced to 60 years in Louisiana State Prison. Sibil has been fighting for the pardon of her husband for two decades – and records family life with a video camera.

The jury justified their choice as follows: “The film looks back in an impressive way on twenty years of struggle for justice. Using original material and archive home videos, the director creates a portrait of a woman that expands into a complex chronicle of a marriage, a family, a community and ultimately a country. Heartbreaking and passionate, the film offers an intimate and haunting look at a long history of police misconduct and social discrimination. The evocative black and white film adaptation creates a fundamental feeling of timelessness in which injustices persist. It’s a film about strength and resilience and ultimately about hope.”

Special mentions go to The Earth Is Blue As An Orange by Iryna Tsilyk (Ukraine, Lithuania) and  Acasă, My Home by Radu Ciorniciuc (Romania).

The Golden Eye of the 16th Zurich Film Festival for the best Series goes to Cry Wolf by Maja Jul Larsen (Denmark). The series is about 14-year-old Holly, who accuses her stepfather of raping her in a school essay. Holly’s mother and the accused himself portray the serious allegations as fantasies and the search for the truth between the two statements begins.

A special mention goes to Antidisturbios by Rodrigo Sorogoyen and Isabel Peña (Spain).

Karin Heberlein was able to win over audiences with her feature film Sami, Joe Und Ich. The winning film tells the story of the three girls Sami, Joe and Leyla, who are confronted with various problems at the end of their school days together.

Prize of the Children’s Jury:

Jonathan Elbers won over the 30-member children’s jury with his drama The Club of Ugly Children, winning the Children’s Jury Prize. The film tackles topics such as discrimination, independence and friendship.

Audience award of the “ZFF for Children” section goes to Little Crumb by Diede In’t Veld from the Netherlands, who recreates the classic children’s book.

The Critics’ Jury Prize goes to the documentary 80,000 Schnitzel by Hannah Schweier (Germany). It documents the life of the 83-year-old landlady Berta and her granddaughter Monika, who are trying to save the family business in Upper Palatinate together. The Jury consists of Murièle Weber, Geri Krebs and Majid Movasseghi.

The Science Award, launched by Eye on Science, will be presented for the second time this year and will be presented to Nathan Grossman for his documentary I Am Greta, in which he closely follows the Swedish environmental activist Greta Thunberg on her mission to stop climate change.

The jury justified their choice as follows: “Although everyone has heard of Greta, this documentary shows the person behind the icon. In this way, the filmmaker is able to be part of Greta’s journey from the very beginning. With sensitivity and respect, he creates a fascinating and insightful portrait that focuses closely on how this young woman, with unique determination, goes from being a child to the catalyst of a worldwide movement with her call ‘I want you to unite behind science.’”

The 16th Zurich Film Festival recorded around 68,000 visitors. In view of the pandemic and a 40 percent reduction in seating capacity, this year has been a great success. “We expected a third of last year’s visitors. We have exceeded this goal by far. The ZFF helped people rediscover the cinema and finally the filmmakers were able to present their works to audiences in person again”, explains Festival Director Christian Jungen, adding: “We are very satisfied. The 16th ZFF was a great success.” The 17th edition of Zurich Film Festival will take place from September 23 to October 3, 2021. 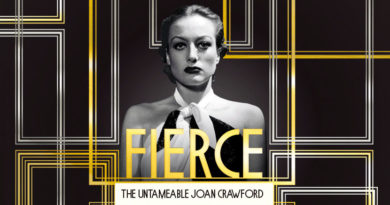 July 6, 2018 rodneyappleyard Comments Off on Joan Crawford the untameable 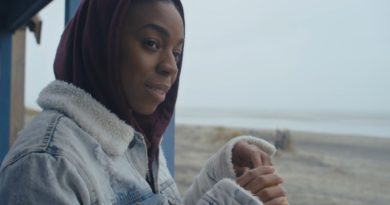