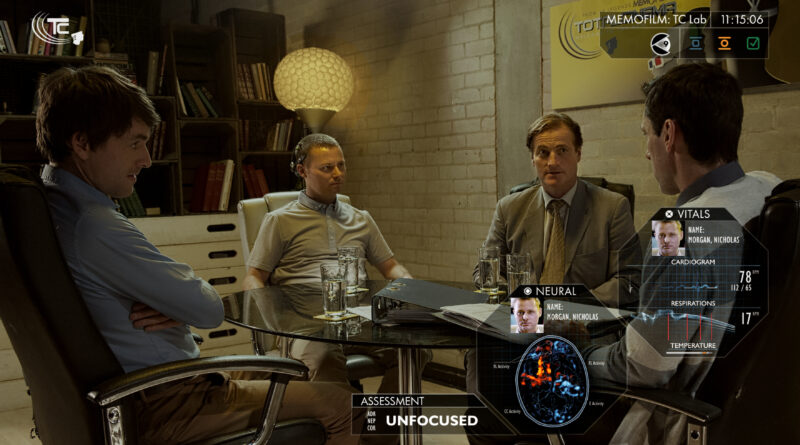 Q&A with the Director of Mnemophrenia, Dr. Eirini Konstantinidou:

What is the main theme of Mnemophrenia?
The question it poses is: what is more real than your memories? The technology in the flm has created, from an objective perspective, “fake” memories: but the effect those memories have are very real, causing people to make consequential life choices. Each of the characters represents a diferent opinion about the importance or not of how “real” their memories are.

Instead of the purely dystopian futures presented by most sci-f flms, Mnemophrenia ofers a glimpse of a technological society that can learn to embrace the diferent, where empathy can be achieved through technology, and where the merging of biological and digital may lead to a new humankind.

The film, which was completely self-funded for £20,000 and took eight years to complete, was screened recently, followed by a Q&A with Eirini, at the Being Human Festival.

You can view the movie again on Amazon Prime Video.

What are some of the flms that inspired you?
Strange Days, Total Recall, Blade Runner and The Final Cut all explore the consequences of recorded, false or implanted memories; and TV show Black Mirror examines the efect of technology on society. Though my flm is very diferent in style to these flms, it owes a debt to their ideas.

Indie favourites Primer and Coherence were touchstones for what’s possible with limited resources, and Her shows that sci-fi can be about human relationships instead of jet packs. Sci-Fi is a genre not often associated with very low budget flms.

How did you overcome the difficulties associated with the genre?Mnemophrenia is foremost a futuristic drama. Where many sci-fi films fetishise the technology they include, I wanted to stay with the human element, and have opted for a soft technology that is so thoroughly integrated that there was little need for special efects.

The most extensive use of efects is the AI’s graphic user interface overlay in Nicholas’ story; and I am extremely grateful to have found Lauren O’Connell, who worked tirelessly on those graphics for what turned into several years! I’ll never be able to thank her enough.

The three stories have distinct visual styles, even being shot by diferent DOPs. What was the reason for that?
On a practical level, making each story look diferent orients the viewer as the story jumps back and forth in time. More than that though, I wanted to tell each character’s story with a diferent visual language. The whole flm is essentially ‘found footage’: excerpts from Jeanette’s documentary; Nicholas’ AI recording chamber; and Robyin’s POV recorded directly by her brain chip.

I wanted to remind the viewers that though they might feel they are disembodied voyeurs, they are actually inside someone else’s direct experience, perhaps absorbing some of those lives into their own.

Watch clips from the movie here:

You improvised heavily with the actors. How was that process?
I had a frm idea of the overall story, but I held many improvisation workshops during rehearsal to build the characters and the script. I then boiled down all that material with my partner Robin (who plays Nicholas) into shooting scripts.

The actors all said it was a rare treat to be so involved in the creation of their characters, and I believe the natural performances that resulted contribute to the blurring between reality and fction for which the flm aims.

Your flm was seven years in the making. How did you keep going?
The knowledge that nobody was going to do it for me was a big motivator! The flm was almost wholly self-funded, which meant it had to be made slowly. However, I also wanted to shoot each part separately so that I could show the previous story to the subsequent part’s cast during their improvisation workshops, mirroring the theme of later generations standing on the shoulders of their ancestors’ experiences. 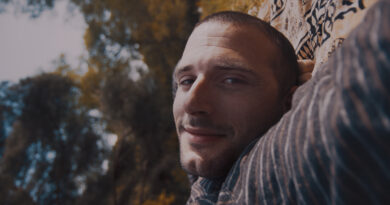