While bulletproof skin or invisibility aren’t entirely new concepts within the genre, Project Power differs from its forebears in that it derives its superpowers from science-based theory and abilities naturally found in the animal kingdom.

What’s more, for those lucky enough to exhibit a power that does not automatically kill them, there are actual consequences. Frank may develop a hide thick enough to stop a bullet to the head, but it leaves him
momentarily unconscious and bruised. Invisibility may not exist in nature, but the ability to camouflage oneself (sans clothing) does.

Newt can turn himself into a human fireball (more on that in a bit), but not without leaving himself seriously burned and scarred.

The filmmakers’ goal was to make the superpowers in the film as realistic looking as possible, using a mix of old school roll-up-your-sleeves creativity and modern technology. Together with VFX Supervisor Ivan Moran, SFX Supervisor Yves Debono, Prosthetic Makeup Supervisor Mike Marino, and Stunt Coordinator Kevin Scott, Joost & Schulman opted to maximise the use of practical effects in each of their action and fight sequences and reserve the use of CGI for augmentative purposes only.

In a spectacular scene captured by Director of Photography Michael Simmonds in an underground nightclub, Rodrigo Santoro’s character, Biggie, morphs into his moniker, multiplying in size to a 10-foot-tall behemoth.

In actuality, Santoro’s character proceeds to destroy a miniaturised set built to scale by Production Designer Naomi Shohan. Santoro’s 6’1” frame was fitted with prosthetic bladders that inflated with air and a full padded suit that was later augmented in post-production.

When Gordon-Levitt’s character takes a bullet to the temple after chasing a would-be bank robber through the streets of New Orleans, the ripples seen on his skin are the result of a tube mounted to the back of a prop gun that shot a pinpoint of high pressure air onto his skin, creating the ripple effect. The bullet, muzzle flash, and popping blood vessels within his eye were added by Moran and his VFX team.

A scene from the movie:

Behind the scenes clips from the movie:

Two of the henchman featured in the film’s climactic scenes on the boat are played by bone breaker and contortionist Xavier Day, whose fight scene with Gordon-Levitt was choreographed by Fight Coordinator Cory Demeyers in a way that amplified Day’s natural, eye-popping ability.

Silat specialist and former Power Rangers star Yoshi Sudarso battles Foxx as “Knifebones,” a character whose traits were influenced by a Wolverine Frog, an amphibian known to break its own bones to produce claws as a defencee mechanism.

But the film’s most complicated sequence — one that involved an intricate collaboration between Moran, Scott, Debono, Marino, and one very patient Colson Baker — was a four-minute-long confrontation and chase in a derelict apartment building early in the film where Newt turns into a human fireball. It’s the pièce de résistance in a film full of incredible set pieces that calls for the masterminds behind the sequence to lay it out themselves…

The Making of the Man On Fire 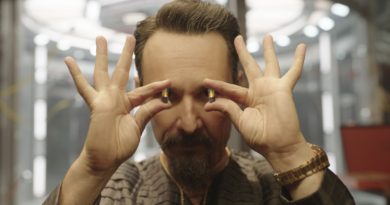 Project Power – The Making of the Man On Fire 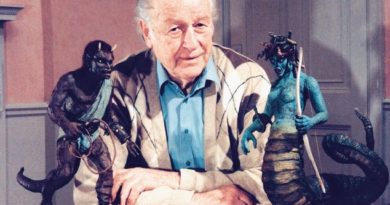 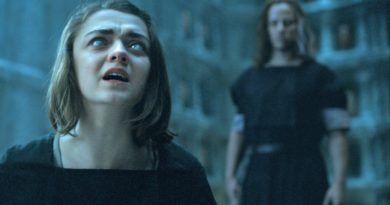