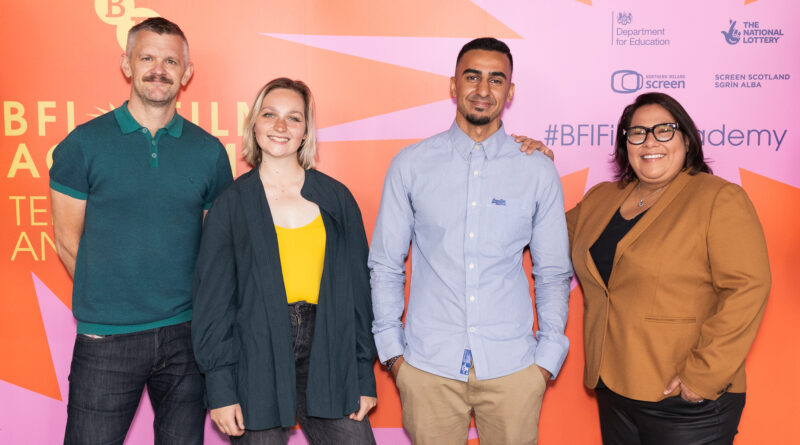 The BFI today hosted a special event at BFI Southbank to celebrate the BFI Film Academy’s 10th anniversary and the next generation of talented filmmakers it has supported. The flagship education and skills programme offers young people from anywhere in the UK, and from any background, opportunities to work in an exploding industry that is calling out for new talent. Since it launched in 2012, almost 9,000 places have been taken up by young people who have put down strong foundations for a career in film and television production.

The BFI Film Academy includes introductory hands-on filmmaking courses at 50 locations across the UK, enabling young people to build knowledge and skills and discover the different pathways into the industry. Working with a range of training providers, including the National Film and Television School, additional specialist residential courses bring young people together from across the UK to focus on areas such as documentary, animation, VFX, programming and craft skills. All graduates from the BFI Film Academy are supported through an alumni programme that includes access to BAFTA career surgeries and mentoring.

Since 2016, the BFI Future Skills Traineeship Programme, developed in partnership with Lucasfilm as a pilot scheme, has been directly tackling the lack of diversity in the sector by providing opportunities for BFI Film Academy alumni from under-represented groups and from across the UK who are placed in paid roles working with experienced and talented professionals. Trainees receive a bursary to support them with relocation and travel costs that could otherwise be a barrier to their participation on the programme. To date 136 Future Skills trainees have been placed on productions including Lucasfilm’s Solo: A Star Wars Story, Star Wars: The Rise of Skywalker, as well as Disney’s Black Widow and Cruella, and Eon’s 25th Bond film, No Time to Die (as part of the film’s dedicated trainee scheme).

Since completing the Future Skills programme 70% of the trainees have gone on to secure regular work on other productions and progress their careers on titles including Marvel Studios’ The Eternals and Doctor Strange, The King’s Man, Twist, Venom 2, Jurassic World 3, Blinded by the Light, Wonder Woman, Dumbo, Artemis Fowl, Bridgerton and Pennyworth series 2.

Actor Genevieve O’Reilly, who reprises her role as Mon Mothma from Rogue One in the Andor series, said in support of the BFI Future Skills Traineeship Programme: “Andor is such an exciting project to be a part of. I’m thrilled that the production, along with the BFI, are investing in opportunities to enable people from any background to work and gain experience in our industry.”

Candice Campos, VP, Physical Production at Lucasfilm, said of BFI Film Academy Future Skills Traineeship Programme: “The passion of BFI and Lucasfilm for creating talent in this industry has been the driving force behind the success of this programme, and will continue to be.”

Ben Roberts, BFI Chief Executive, said: “The Film Academy is the BFI’s flagship education and skills activity for young people. It’s so important to us as an organisation because it enables us to develop skills in young people at a time when the screen industries just continue to grow. We love to see the industry continuing to work with us to build more opportunities, such as Lucasfilm who worked with us to develop the Future Skills Traineeship Programme as the next stage for BFI Film Academy graduates, as well as the wider Disney family, and EON Productions for supporting trainees on the latest Bond No Time to Die. We want to make sure that the playing field is levelled for everybody who has passion and the commitment to work in film and TV production.”

BFI Film Academy also includes regular events for young people aged 16-25 online and at cinemas and other venues across the UK, as well as the annual BFI Future Film Festival.

The BFI Film Academy is supported by the Department for Education in England, The National Lottery, Screen Scotland and Northern Ireland Screen.

Since joining the Lucasfilm team in 2014, Candice has overseen live action film production and was a co-producer on Star Wars: The Last Jedi. Prior to her role at Lucasfilm, Candice traveled the world working on a vast array of large-scale feature productions including War of the Worlds, Master and Commander, and Spider-Man.

Charlotte’s first short film Standby premiered at the Toronto International Film Festival (TIFF) and went on to be nominated for a BAFTA and win a Sundance Award and her second short Fry-Up screened at the BFI London Film Festival (LFF), Sundance and Berlinale. Her third short Dodgy Dave played at TIFF and BFI LFF. Charlotte has just finished shooting her first feature Scrapper which was supported by the BBC and BFI.

Ravi is a filmmaker from Leicester who took part in the BFI Film Academy short course with Broadway Cinema and the Craft Skills Specialist course in partnership with the NFTS. In 2018, he took part in the BFI Future Skills programme where we worked as a Camera Trainee on Star Wars IX: The Rise of Skywalker.

Since then, he has continued to work on various productions, including Aquaman and the Lost Kingdom, and most recently working as the Director’s Assistant for an upcoming high-end TV series.

Cecily is a moving image practitioner and camera trainee from Plymouth. She took part in the BFI Film Academy Animation and VFX specialist course in partnership with Film and Video Workshop in 2016. Cicely participated in this year’s BFI Future Skills programme as a Camera Trainee on the upcoming TV series Andor with Lucasfilm. 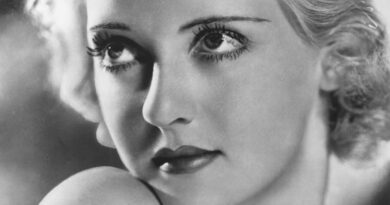 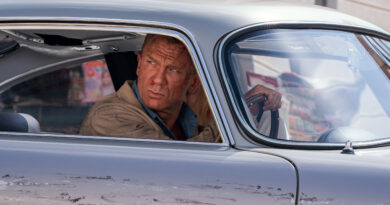 Watch Bond’s New Trailer for “No Time To Die”