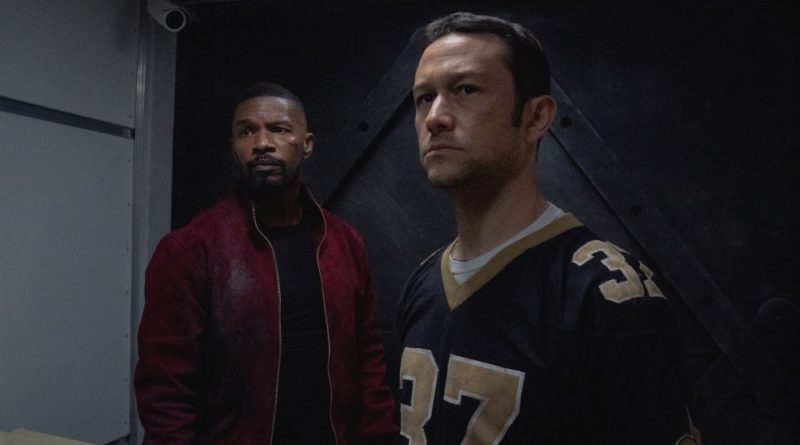 Project Power, starring Jamie Foxx and Joseph Gordon-Levitt, is set on the streets of New Orleans, where word begins to spread about a mysterious new pill that unlocks superpowers unique to each user. The catch: You don’t know what will happen until you take it.

While some develop bulletproof skin, invisibility, and super strength, others exhibit a deadlier reaction. But when the pill escalates crime within the city to dangerous levels, a local cop (Joseph Gordon-Levitt) teams up with a teenage dealer (Dominique Fishback) and a former soldier fuelled by a secret vendetta (Jamie Foxx) to fight power with power and risk taking the pill in order to track down and stop the group responsible for creating it.

Released in August 2020 on Netflix, features groundbreaking special effects, and is set primarily over the course of a single day and night. It follows this unlikely triumvirate of heroes as they seek to take down Teleios, a shady government organisation responsible for the creation of “Power” – the pill that can either give its users a bespoke, DNA-based superpower for a total of five minutes, or kill them instantly.

The film has parallels with the real world, about people in power keeping ordinary people down.

Directed by Henry Joost & Ariel Schulman (Nerve, Catfish), written by Mattson Tomlin, Project Power marks the first major feature film for the screenwriter who began penning the draft for Project Power in a coffee shop in 2016 when he was just 25-years-old.

Since then, he has gone on to co-write the upcoming film The Batman with director Matt Reeves and will reteam with Joost & Schulman on Mega Man.

“I grew up loving comic books and superheroes — it was a big part of me even learning how to read — and I began writing the movie knowing that the genre had been going strong for 20 years, but wanting to be surprised by it again,” says Tomlin.

“And my brain kind of lit on fire at the idea of genre mashing. Like, what if you did 8 Mile or Collateral, which are two of my favourite films, as a superhero movie? So I jumped off with those two as reference points.”

Jamie Foxx talks about what it was like to work with Joost and Schulman:

Immediately taken by the freshness of Tomlin’s script, Producers Eric Newman and Bryan Unkeless edged out numerous other competitors for the rights in order to bring it to their production company, Screen Arcade, the banner behind action hits Bright and Birds of Prey.

Unkeless says: “Mattson is such a talented writer and he pulled off a real magic trick by bringing you in with a great concept, and then populating his script with real characters and real ideas about taking on the power structure of America and those who have and those who don’t.”

Screen Arcade sought to attach a director who could deftly juggle the film’s high concept and surprising emotionality with creative action sequences that embraced practical effects over CGI.

Instead, they found two. “If I worked for the company that was manufacturing and pushing Power, I would hire Henry and Rel to help me sell it,” jokes Newman. “They just know how to get an idea across and they understand popular culture. And in this case, they also saw the opportunity to draw parallels to our world and paint the story in colours that speak directly to our audience.”

Joost recalls Tomlin’s script being “the coolest spec script we’d ever read in our favourite genre. A thriller that’s set in the world we live in but with one significant difference – the existence of the Power pill. It’s grounded in sci-fi with complex characters and it has a lot to say about the world and society we live in.”

“It was refreshing to see a movie like this where the superpowers are more democratic since anyone has access to it,” says Schulman. “What if these powers were available to everyone? Would you take it?”

Joseph Gordon-Levitt talks about the fun he had during the making of Project Power:

Comparisons with the real world:

In the fictional world of Project Power, superpowers are obtainable in the form of a pill for anyone who chooses to take it (and survives). But the film highlights certain real-world truths about power for those who don’t: In a system designed to keep power in the hands of those who have it at the cost of everyone else, any source of power found outside the norm must be nurtured and allowed to flourish by any means necessary.

At the heart of the story are three characters each fighting through their own systems in order to set things right. Robin (played by Dominique Fishback) is a teenage dealer and aspiring rapper trying to make ends meet by pushing Power in the streets of New Orleans. While she finds an older brother-like protector in Frank (played by Joseph Gordon-Levitt), a friendly but complicated local cop, he essentially works with Robin and uses the pills she peddles as a means to upend the power structures within his own police force.

Robin’s phenomenal abilities as an artist are unfortunately not recognised. However, this is until Art (played by Jamie Foxx) rolls into town seeking to fulfill a vendetta against the people responsible for creating Power. “When you first hear Robin rap, you can understand that’s where her heart is and why she does the things she does. Art is the first and only person who really encourages her and helps her see what she’s always meant to do,” says Fishback.

Tomlin adds: “The script underwent a lot of changes as scripts do when movies get made. But one of the scenes that basically never changed is the scene with Art and Robin when she’s stitching him up and she starts talking about being a rapper. That scene is fun for a lot of reasons, but so much of what Art says is important: that the system is really designed to just tear you down and put you in your place and you have to find your power — a way to break out.

It was so clear to me that this had to be a fight-the-system movie.” 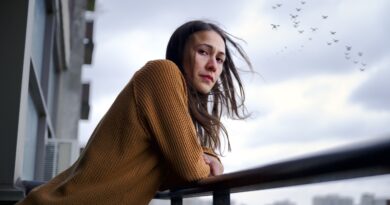 March 4, 2021 rodneyappleyard Comments Off on Night Raiders features at the Berlin Film Festival