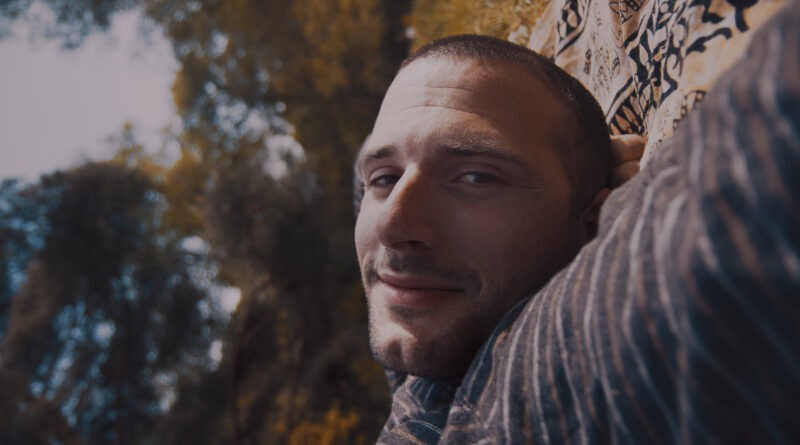 A new feature film about Virtual Reality, created by a Senior Lecturer at the University of Essex, has been selected for a special screening at a national festival because it reflects how technology could change our lives in the future.

“It’s a futuristic drama about a new psychosis brought on by people using too much Virtual Reality technology. This obsession leads to users losing their identity and no longer being able to distinguish between real and artificial memories because all their thoughts are blended into one.”

The film, which was completely self-funded for £20,000 and took eight years to complete, was screened at the Being Human Festival on November 17th.

Eirini said: “It explores how society adapts to deal with the growing condition of mnemophrenia and the still advancing technology. We see the story unfold over time, through the eyes of three generations of the same family who are all affected and involved in different ways.”

At first, the characters become increasingly isolated and lose real connections with other people due to their desire to live solely through the eyes of the technology. It draws on similarities to experiences of loneliness during lockdown, when people are regularly stuck in their houses and are forced to mainly talk to each other through screens.

As the characters descend into crisis, they have to overcome their feelings of loneliness and self-obsession to get through to the other side, where they can feel close ties again with other people. This is achieved by a new type of virtual reality chip being inserted into their heads, which allows them to completely imagine what life is like in somebody else’s body.

The film ultimately asks questions about who we are and where are we going? It imagines our species on the brink of its next evolutionary step.

Eirini added: “It offers a glimpse of a technological society that can learn to embrace the different, where empathy can be achieved through technology, and where the merging of biological and digital may lead to a new humankind.” During the making of the movie, Eirini said it was vital that she interviewed experts in VR, neuroscience and psychology to increase the realism of the movie. She also encouraged the actors to improvise in key scenes to help develop the whole script and dialogue, so the performances could be more natural.

So far, the film has already received praise from around the world, having won the Festival Director’s Commendation award at the 44th Boston Science Fiction Film Festival, when it premiered at the event in February 2019.

“This was a huge honour because the festival is the oldest Science Fiction Film Festival in the US,” added Eirini. “We didn’t actually know we were going to receive an award until the night of the screening. The festival director really liked the movie and surprised us by creating the accolade for us. He wanted to help us boost the film’s profile, which was really nice.”

This recognition helped Eirini find a distributor and the film is now available to stream on Amazon Prime Video, Google Play, YouTube movies and Tubi TV in the US.

Before joining the University of Essex as a lecturer Eirini studied Film Studies at Brunel University, where she closely analysed the history of Science Fiction filmmaking and found inspiration for doing things differently.

“The majority of Science Fiction films focus on dystopia because it is more dramatic and interesting. I wanted to get away from that and say, well, maybe technology will make us more human in some ways. It might actually expand our horizons.”

Eirini elaborated on the similarities between the current lockdown and the movie. “Mnemophrenia is of course about the possibility of people being lost in VR. Instead of reaching out to others, the characters become more isolated. In the current situation, everybody is stuck in their houses and we are only talking with each other through Zoom. Add in ‘fake news’ and everything else and it’s creating a monster in a way. Things like social media give the illusion of connection and communication, but many times it’s just a facade. It’s superficial, it’s not real.”

However, Mnemophrenia ultimately is about coming through the other side of adversity and finding a positive way forward, which she hopes will also happen in real life.

“If we want to be optimistic, maybe future generations will learn lessons from our COVID times and from the social media boom that they will use to do something good.”

Even if it is too soon for our next evolutionary step forward as humans, she hopes her film will at least provide inspiration for people to show more compassion and understanding for each other.

The film, which was completely self-funded for £20,000 and took eight years to complete, was screened recently, followed by a Q&A with Eirini, at the Being Human Festival.

You can view the movie again on Amazon Prime Video.

To watch the trailer and other videos from the film, visit here.
Read the online Gazette article here. 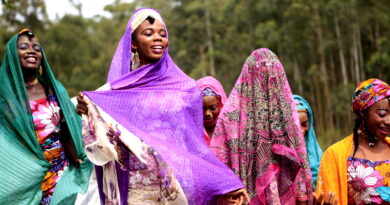 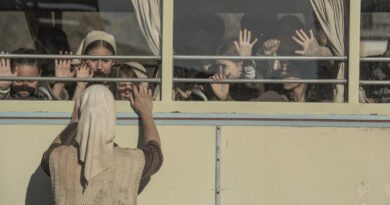 Dara of Jasenovac – the untold story of the Holocaust

February 8, 2021 rodneyappleyard Comments Off on Dara of Jasenovac – the untold story of the Holocaust 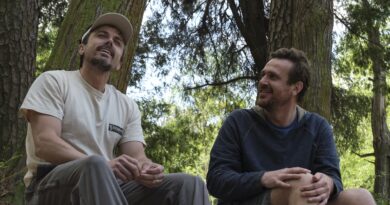