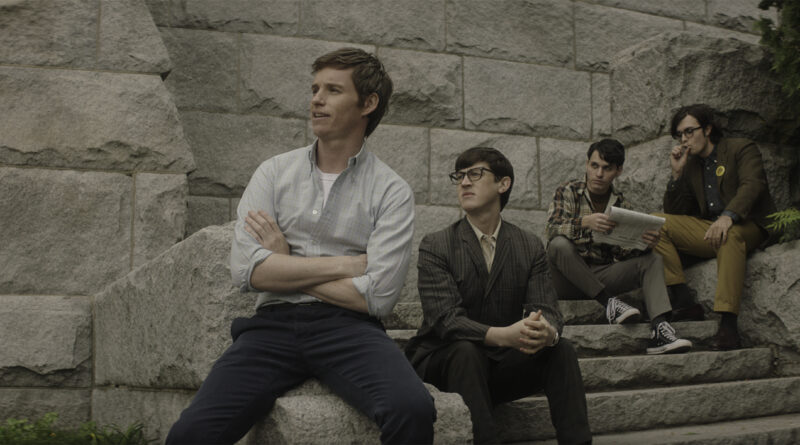 What was intended to be a peaceful protest in 1968, to stand up for people’s human rights and freedoms, shockingly turned into a violent clash with police and the US’s National Guard.

The organisers of the protest — including Abbie Hoffman, Jerry Rubin, Tom Hayden and Bobby Seale — were charged with conspiracy to incite a riot and the trial that followed has been described by some as one of the most notorious in history.

In 1968, the United States was in turmoil. Martin Luther King Jr. was gunned down by an assassin in Memphis, Robert F. Kennedy was shot and killed in Los Angeles. The Vietnam War was at its height with over 30,000 American casualties and 1,000 more U.S. troops killed each month.

In August, scores of antiwar protestors gather outside the Democratic National Convention in Chicago and were tear gassed and beaten by police and the National Guard.

Noted civil rights attorney William Kunstler worked to defend these antiwar activists against charges brought by the Government. The whole world watched as the defendants faced, what has been claimed to be, one of the most bizarre and momentous trials in American history: The Trial of the Chicago 7.

Written and directed by Academy Award® winner Aaron Sorkin (The Social Network, A Few Good Men, Molly’s Game), The Trial of the Chicago 7 stars Academy Award winner Eddie Redmayne (The Theory of Everything, Fantastic Beasts and Where to Find Them) as Tom Hayden, Sacha Baron Cohen (The Spy, Borat) as Abbie Hoffman, Emmy® Award nominee Jeremy Strong (Succession, Molly’s Game) as Jerry Rubin, Tony® Award winner Alex Sharp (Broadway’s The Curious Incident of the Dog in the Night-Time, How to Talk to Girls at Parties) as Rennie Davis, and Yahya Abdul-Mateen II (Watchmen, Aquaman) as Bobby Seale.

Patience and Prescience: The Making of a Most Timely Screenplay

The Trial of the Chicago 7 began nearly 13 years ago when Writer-Director Aaron Sorkin was invited to the home of Steven Spielberg to discuss a project the legendary director had in mind for Sorkin to write.

Count me in,’” Sorkin recalls. “As soon as I got in my car I called my father, and said, ‘Dad, was there a crazy conspiracy trial that happened in Chicago in 1969?’ I didn’t know anything about it.”

After Sorkin’s father filled his son in on the basics, the Oscar-winning screenwriter then delved into the research. “When I started out, I had the trial transcript, a half-dozen books about the riot and the trial, and one eye-witness — Tom Hayden. [Who passed away in 2016.]

It was from Tom that I got a sense of the friction that existed between him and Abbie. But with all this information, I still didn’t quite know how to make it much more than a dramatised Wikipedia page.”

Sorkin then called on a friend for advice. He sent a draft to director Paul Greengrass, who asked Sorkin to visit him in London and discuss the screenplay over dinner.

“I’d been working on the script for two years at that point, but it was the first time anyone asked me to tell them the story. I talked about the riot and the trial that followed and said, ‘In the middle of this were these two guys — brothers separated at birth — who couldn’t stand each other even though they had the same goals, but in the end they come to respect each other.’ Paul said, ‘Write about the brothers.’ That’s when things began to get organised in my head.”

Sorkin focused his script on telling three stories at once: The courtroom drama of the trial itself; the evolution of the riot and the ways in which a peaceful demonstration can quickly turn violent; and the story of Tom Hayden and Abbie Hoffman, two men cut from very different ideological cloths, yet forever bound by their goals and the experiences they shared in 1968 and 69.

In 2007, Sorkin delivered a draft of the screenplay to Spielberg and DreamWorks. But the project immediately hit a roadblock. “The next day the Writers Guild went on strike. By the time everybody got back, both Steven and I had other commitments we had to tend to.”

A decade later in 2017, Molly’s Game would not only bring Sorkin his third Oscar nomination for writing, but new acclaim as a feature film director.

More behind the scenes interviews, including Eddie Redmayne and Sacha Baron Cohen 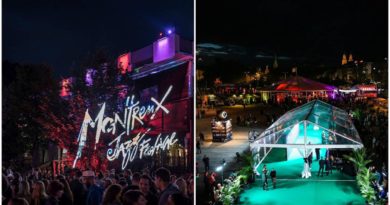