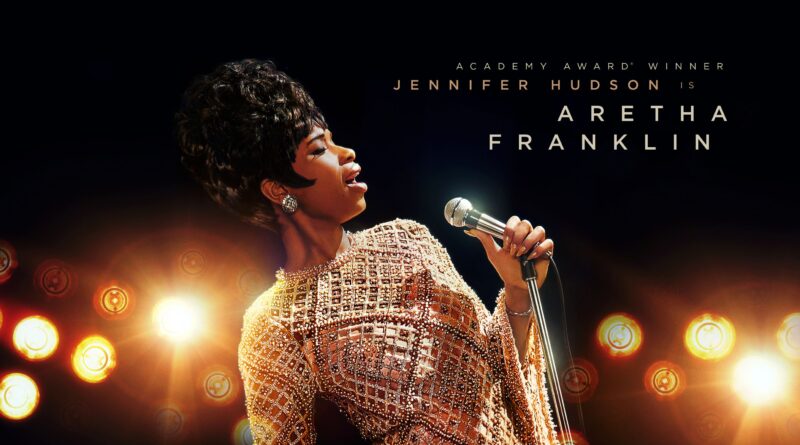 The film is dedicated to Aretha Louise Franklin (March 25, 1942 — August 16, 2018)
“Be your own artist, and always be confident in what you’re doing. If you’re notgoing to be confident, you might as well not be doing it.”— Aretha Franklin

Aretha Franklin’s voice is considered the best, most powerful, and culturally significant voice of all time.

The Queen of Soul’s hit songs “Respect,” “(You Make Me Feel Like A) Natural Woman,” “I Say a Little Prayer,” and “Think,” to name a few, have become a part of the American music canon — all classics that defined the resistance and resilience of Black people during the Civil Rights Movement, the Black Power Movement, and the Women’s Movement — and still resonate today at a moment in time where the world is in crisis and in need of soulfulness.
Soul music is an art form born out of the Black experience from slavery to emancipation, to the Great Migration to the creation and development of the Black middle class. Culled from spirituals, coded freedom songs, juke joints, gospel music, the blues, jazz, doo-wop, and protest music, soul music is exactly that — music and vocals that come from the depths of the Black experience in America and are filled with emotion, love, generational trauma from slavery, structural and systemic racism, and optimism steeped in unshakable faith.
The core of soul music is a deeply emotional expression of a confluence of joy and pain — often influenced by love, sorrow, and release — in an attempt to find salvation in a world that subjugates, oppresses, marginalises, and attempts to belittle or erase the very existence and contributions of Black people in America.

But, there is also a sense of optimism and encouragement to not only survive but to thrive, overcome, and conquer oppression in the quest for Black joy. Aretha Franklin’s voice, music, life, and legacy represent the struggle of the Black experience and offer a reimagining of Black liberation, excellence, and emotional rescue that speaks to African Americans, but also the greater human experience globally.
Ms. Franklin’s story is one that profoundly resonates right now in the Black Lives Matter Movement when the world is going through a cathartic racial reckoning and a tipping point of a cultural revolution where diverse identities are unapologetically declaring their voices and visibility.

People are tired of white supremacy, patriarchy, and hypermasculinity and finding freedom in their own authenticity at every intersection of their being — they want to be seen, heard, and respected.

And while Ms. Franklin will always be remembered for having the best voice of all time, the finding of her voice is not widely known. The challenge for Aretha Franklin is a masterclass in navigating and overcoming grief that would become the artistic inspiration that created musical masterpieces that have saved lives, moved culture, and shifted the soundtrack to Black America.

Ms. Franklin’s gifts quite frankly made room for her and in turn, anyone who listened to her music.Respect Director Liesl Tommy considered all of this as she was conceptualiing the cinematic narrative of Aretha Franklin’s life. “I’m an artist myself. I’m always interested in how people became the headliner, what was that journey? I knew that she had been considered a musical genius when she was a child.

“The thing that kept coming to me was the idea of telling the story, wanting to tell the story of a woman who has the greatest voice in the world but who still does not know what her voice is. And, that was the story that I felt like I wanted to tell, and that was what ended up being the center of the film, the spine of the film.”
Personally chosen by Aretha Franklin to portray her in a feature film of her life, some might say Jennifer Hudson has been preparing for this role since she was eliminated from American Idol (at 7th place)in April 2004.

“After American Idol, Aretha Franklin was doing a show in Maryville, Indiana and I wanted to open for her, ” recalls Hudson. “Everyone knew she did not allow singers to open for her, instead starting her shows with a comedian.

“And, then, she approved me to open for her. So, that was a dream as are the many moments I shared with her. I find especially now, she has been a huge guide for the structure and spirit of my career.”

Producers Scott Bernstein and Harvey Mason Jr. discussed the idea of creating the Aretha Franklin biopic when they wrapped Straight Outta Compton. Mason said to Bernstein “I’m familiar with the story, I love the story, but let me go home and figure out what the movie is. Not just a biopic, it has to be about something bigger than someone’s life.” Bernstein recalls.
He continues, “That night I went home, flipped through my albums and started looking at Aretha’s entire discography from her jazz and blues stuff and in the early sixties all the way through her last singles.

I looked at this story and I said: “It starts with her childhood, so we understand who her father is, the effect of her mother’s death and being anointed at such a young age to be a gospel star and to be different and be better than the rest.” says Bernstein.
Bernstein and Mason called Ms. Franklin. “We spent three hours on the phone talking about what her story could be and that was just the beginning of a four-year journey. Every couple of months we would speak, and it was sort of her gauging the story because it’s her legacy,” Bernstein recalls.
“The inspiration is simple. ARETHA. You know, it was her voice. It was her story, her persona. She is larger than life,” Mason adds. “I’d been working with her on her music for the last 13 or so years of her career and she was such a presence. She had so much history, so much story behind her voice. And the more I got to know her, the more I said people have to know about this. People don’t know a lot other than this incredible, miraculous voice. But when you start to learn the story, you realise how valuable and inspirational it can be, especially in a time like now.”

“Aretha’s impact was almost ubiquitous across music and in culture. She was putting out so much music, was so relevant, almost forward-looking as to what was happening in our country and our society but also seeing around the corner as to what needed to happen,” says Mason.
“We worked with Ms. Franklin to come up with the right paradigm. Generally with cradle to grave biopics you can lose a little bit of focus along the way. It’s always tough to say, ‘We’re only going to focus on this period of life.’

But it seemed very natural that we would start the movie with Aretha in church, and for that to endappropriately, we wanted to end with her in church,” Producer Jonathan Glickman adds. “So we knew we were going to end at the “Amazing Grace” live album recording.

The spine of the story would be a movie about a father/daughter relationship. And, that gave us a focus to tell the period of her rise, and the origin story of her becoming the Queen of Soul.”
Franklin’s niece, Sabrina Garrett Owens was very close to her Auntie Aretha. And very proud to see Jennifer Hudson take on the role her aunt chose for her. “A lot of it has to do with the similarities between the two [Aretha and Jennifer]. They both grew up in church. They both had that gospel sound to their voices. Jennifer has a wide range, same as Aretha did. I see a lot of similarities in their style.”
Owens goes on about her aunt. “Aretha lived a remarkable life and she sang for almost 50 years. We all realise there’s no way that you can tell her story in two hours, two hours and 15 minutes. So you have to point to a specific point in time and capture the moments there.

“This was a very important time because she was at her highest in the sixties and seventies, and this is capturing that period of time.
“It is one of most dramatic periods of time in her life, where the movie can be both entertaining and keep people engaged – it’s a really good period that they selected.”
Email AlertPlease enter your email address if you would like to receive alerts from Screen Innovation on new stories 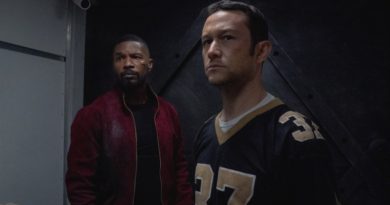 Eddie Redmayne, Sacha Baron Cohen and Jeremy Strong star in The Trial Of The Chicago 7

October 16, 2020 rodneyappleyard Comments Off on Eddie Redmayne, Sacha Baron Cohen and Jeremy Strong star in The Trial Of The Chicago 7