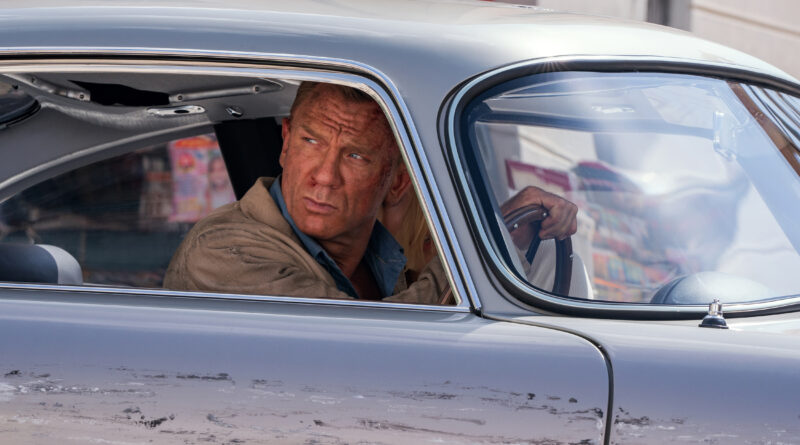 In No Time To Die, Bond has left active service and is enjoying a tranquil life in Jamaica, but his peace and quiet is short-lived when his old friend Felix Leiter from the CIA turns up asking for help.

However, the mission to rescue a kidnapped scientist turns out to be far more treacherous than expected, leading Bond onto the trail of a mysterious villain armed with dangerous new technology.

The film takes Bond back to its roots in Jamaica and even brings back to life one of Bond’s favourite, iconic cars. It also features incredible effects and actions scenes that really take your breath away.

Take a look at the new trailer here, which was released on September 3rd:

Producers Michael G. Wilson and Barbara Broccoli commented, “We’re thrilled to return to Jamaica with Bond 25, Daniel Craig’s fifth instalment in the 007 series, where Ian Fleming created the iconic James Bond character and Dr No and Live And Let Die were filmed.”

His work as a Writer, Director, and Cinematographer has taken him from the Arctic Circle to Haiti and East Africa.

His television work includes directing and executive producing the first season of HBO’s mystery drama True Detective, for which he won an Emmy for Outstanding Directing. He recently premiered the highly acclaimed limited series Maniac for Netflix, starring Emma Stone and Jonah Hill.

Fukunaga made his feature film writing and directing debut with the critically acclaimed Sin Nombre followed by the film adaptation of Charlotte Bronte’s Jane Eyre, both released by Focus Features. His third film, Beasts of No Nation, released by Netflix, was an official selection at the Venice, Telluride, and Toronto film festivals and earned Idris Elba Golden Globe and BAFTA nominations for Best Supporting Actor.

Photo Credit: Nicola Dove
Copyright: © 2020 DANJAQ, LLC AND MGM. ALL RIGHTS RESERVED.
Email AlertPlease enter your email address if you would like to receive alerts from Screen Innovation on new stories

July 23, 2018 rodneyappleyard Comments Off on 13 short films commissioned through Animation 2018

May 4, 2018 rodneyappleyard Comments Off on BFI Southbank to host World Premiere of the feature length finale of Westworld Season 2