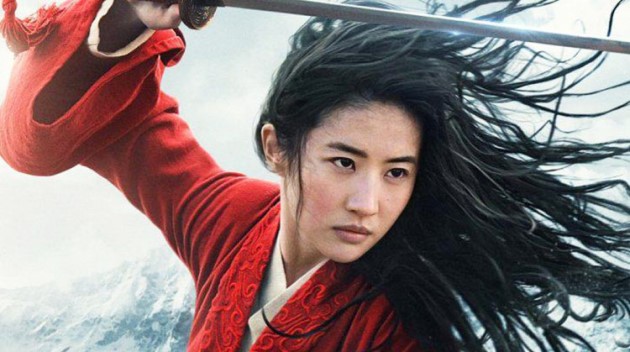 The live-action remake of Mulan features a number of breathtaking stunts and special effects scenes that breathe fresh new life into this story about a young village girl who disguises herself as a male warrior so she can save her father, family and the whole of China.

At a cost of 200 million dollars – the most expensive film ever made by a female director – it complements the original animated release in 2008 and thankfully does justice to the Chinese folklore story it is based on – The Ballard of Mulan (composed around 400AD), despite facing a crisis in its initial development.

Starring an all-Asian cast, including Jet Li as the Emperor and Yifei Liu as Mulan, it tells the story about when the Emperor of China issues a decree that one man per family must serve in the Imperial Army to defend the country from Northern Invaders.

But Hua Mulan, the eldest daughter of an honoured warrior, steps in to take the place of her ailing father. However, she is tested every step of the way and is forced to harness as much strength and skill from within to find some way to achieve her mission.

Niki Caro (Director of The Zookeeper’s Wife), who auditioned 1,000 actresses before choosing Liu, says she stole the show behind the scenes with her impressive and vast array of talents.

“Whenever Yifei was on set, our jaws dropped at the level of skill and talent she brought to the movie. Not only is she an accomplished martial arts artist, but she can also yield a sword very competently, ride a horse stylishly, and of course, she is a brilliant actress too. She raised the bar everytime she was on set.”

“It was also a career highlight for me to work with Jet Li because he brings enormous gravitas, plus heart and soul to his role as Emperor, so that when he leaves the throne to protect his people, you know it’s going to go down!”

Behind the scenes footage of the stunt scenes:

Some of the main actors in the movie were drawn to it because of the story being about a female hero and they feel passionately about being involved with more stories like this. Other actors, such as, Jason Scott Lee, who plays Bori Khan in the movie, found historical references in the movie very appealing. His character is a warrior leader who is intent on avenging his father’s death.

“When they first introduced the character to me, I looked at him and wondered if he was a real guy.  And I was delighted to find out a lot of reference to him in the history of the Mongolian hordes and tribes. So it was a fantastic opportunity to bring this historical character back to life as a vigilante and a freedom fighter who is trying to regain his culture and land back.

“As he seeks to avenge the death of his father, he also puts a lot of effort into getting the tribal elders from the other tribes together so then can unify.

“What I also liked about this movie is the focus on the courage and compassion of the Mulan character and how she makes the decides to set out on an adventure that she hopes could end heroically. The best part of the drama lies with her encounters and stumbles along the way, plus her aspiration to end this odyssey in a way that will lift up the lives of so many people.”

Yoson An, who plays Honghui, also enjoyed the focus of Mulan’s journey of growing into a strong leader. Honghui plays a confident and ambitious recruit who joins Commander Tung’s unit, who eventually becomes Mulan’s ally and love interest.

“When she finally becomes true to herself and realises who she really is, she becomes the best warrior in the whole of China. In the movie, Honghui and Mulan start off on the wrong foot in the Conscription Camp, but throughout her training, Honghui sees something special in Mulan’s actions that the other boys don’t have – strong leadership qualities, a very positive perspective on life and excellent composure. “

Mandy Walker, the Director of Photography, thrived on working with Caro to tell the story of how Mulan discovers her inner power and strength.

“One of the most special aspects of this movie are the battle scenes, but we didn’t want them to be generic or blood-thirsty. Instead, they had to be more from Mulan’s perspective as an eloquent, controlled and spiritual fighter in the way she holds herself in battle.

“To tell this part of the story well, Niki and I completed lots of tests that involved studying paintings, photography and other films from Chinese cinema, to capture this eloquence. But we also wanted to  create an emotional way of representing what’s going on for her to the audience through the use of different glass, images, lighting and the ways in which we composited the shots. The film has a huge scope in scale, but I think for me, it was an exciting challenge rather than a daunting one.”

The film was originally going to be released at the cinema, but is now available on Disney+ 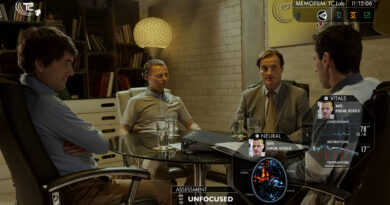 October 16, 2020 rodneyappleyard Comments Off on Eddie Redmayne, Sacha Baron Cohen and Jeremy Strong star in The Trial The Chicago 7 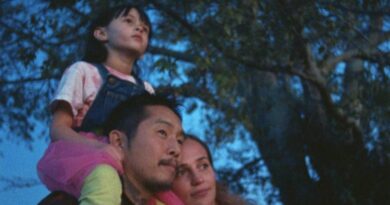