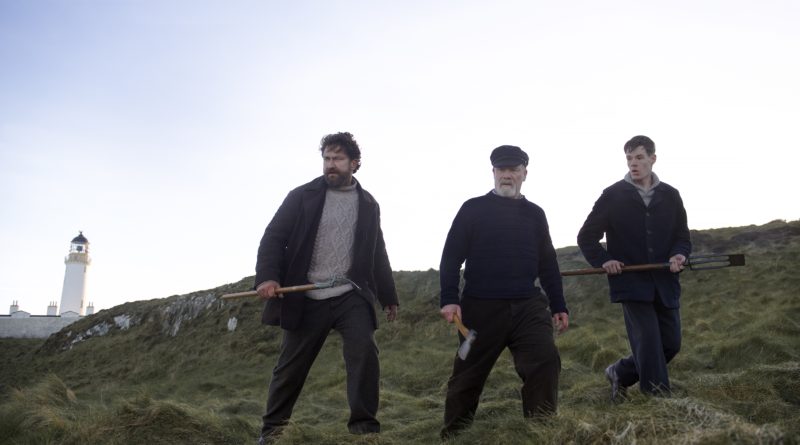 Award-winning Danish filmmaker Kristoffer Nyholm (Taboo, The Killing) directs Butler, Mullan and Swindells as a trio of lighthouse keepers, pitted against each other on a remote island off the coast of Scotland.

Today’s first look image from the psychological thriller shows Gerard Butler (London Has  Fallen, How to Train Your Dragon, Coriolanus, 300), fellow Scot Peter Mullan (Tyrannosaur, War Horse, Trainspotting) and newcomer Connor Swindells on location at the Mull of Galloway for KEEPERS, which is inspired by a true, unsolved local legend- the Flannan Isle mystery.

The film has just wrapped after a six week shoot on location in Dumfries and Galloway. A total of three lighthouses across the region have been used to depict the imposing, solitary building at the heart of the story.

Written by Celyn Jones (Set Fire to the Stars) and Joe Bone (Castles in the Sky), the film is produced by Andy Evans, Ade Shannon and Sean Marley for Mad as Birds Films, along with Jason Seagraves, Maurice Fadida and G-BASE’s Gerard Butler and Alan Siegel. Phil Hunt and Compton Ross are Exec Producing along with Brian Oliver for Cross Creek Pictures, Danielle Robinson for G-BASE and Mickey Gooch and DG Guyer of Kodiak Pictures. Financing comes from Head Gear, Kodiak Pictures and Creative Scotland. Protagonist Pictures will continue to sell International rights to the film at Cannes this week, with CAA representing domestic rights.

On an uninhabited island 20 miles from the rugged Scottish coast, three lighthouse keepers arrive for their six week shift. As Thomas (Mullan), James (Butler) and Donald (Swindells) settle into their usual, solitary routines, something unexpected and potentially life-changing occurs- they stumble upon something that isn’t theirs to keep. Where did it come from? Who does it belong to? A boat appears in the distance that might hold the answer to these questions… What follows is a tense battle for survival as personal greed replaces loyalty – and fed by isolation and paranoia, three honest men are led down a path to destruction. 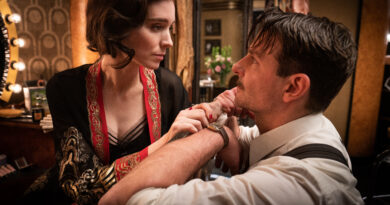 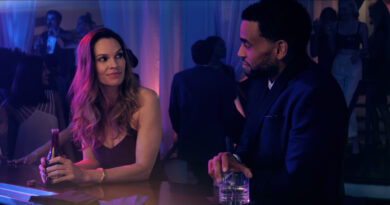 December 29, 2020 rodneyappleyard Comments Off on Hilary Swank stars as the temptress in Fatale