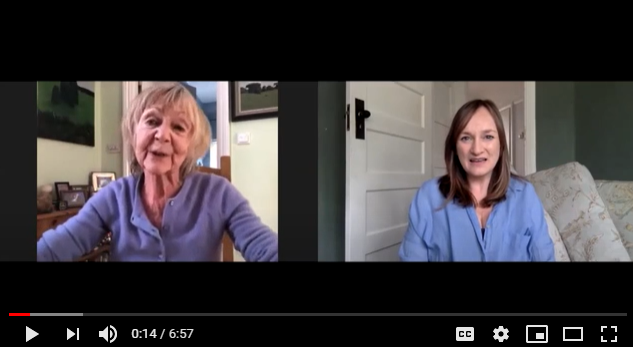 Essex Docfest is an exciting new online Documentary Festival that has been launched by former University of Essex student, Elena-Maria Dirstaru, with the aim of giving emerging documentaries an opportunity to develop sustainable careers in the industry.

She wants to change the way the industry works and make it more ethical, with profits going towards the future films of the filmmakers.

Purchase a ticket to the festival here:

A number of filmmakers have created new films during lockdown. Please take a look at some of them here:

My One True Love – Emma Pitt

“I’m a UK based writer and filmmaker. I graduated with a Distinction from the TV Scriptwriting MA at De Montfort University and I’m repped by Rebecca Watson at Valerie Hoskins Associates.

“I wrote My One True Love for the BBC Writersroom InterConnected opportunity, the brief being a video call between 2-4 people. My script was longlisted to the final 50 out of 6803 but when it wasn’t selected, myself and Dan Shoring who co-produced my other films, decided to make it.

“We weren’t sure how or even if it would work, but we had such an excellent cast in Sheila Reid and Lisa Stevenson that the beautiful simplicity of the filming process finished off with Dave’s Sutherland’s melodic song, created something really authentic that we are incredibly proud of. “

“I’m 22 studying BA(Hons) Film at the University of South Wales. I love all things film and have done since I was young, with some of my earliest memories being of going to the cinema.

“The Covid-19 pandemic halted all my final major projects for the year, apart from my Truth and Telling module. Instead of following the original brief, we were tasked to create a solo documentary production about the pandemic using our own personal equipment and to create a personal narrative for audiences to engage with. I chose to write a letter to my future self to express my personal feelings during this time to help others who may feel the same way. We are in this together, no one should feel so alone.”

So Close So Far – Komeil Soheili

“Self-portrait on life under quarantine during the COVID-19: From the boy in his 20’s in the Amazon forests, to me and my family in the east part of Iran, and those who live on a tiny island in Malaysia, we all suddenly experienced big changes in our lifestyles.

“People faced the epidemic in various ways and each are unique in their own, which are worth being shared. As for me, during these days I had the chance to realise the beauty of the simplest things around myself. Things that I hardly realised before, but during this crisis, I learned how far I was from things that were always closest to me.”

It’s the MV version of my work-in-progress short doc: Alone Together. In late 2019, China had its first confirmed case of Covid-19. With lots of confusing and false information hitting news headlines, Covid-19 hit one country after another globally. I reached out to my network right after NYC became the new epicenter of the pandemic, and my friends from more than eight countries responded and wanted to collaborate in the project.

About the filmmaker: Originally from Taiwan, New York City-based documentary filmmaker Hsuan-Yu Pan loves to explore human stories through her camera lens. Her film projects include Smile High (2013), which screened at Coney Island Film Festival, and Shinobu (2018), which toured internationally in Europe, Asia and North America. Her latest short documentary My Mother’s Tale (2019) was an official selection at American Documentary Film Festival in 2020:

Amen Jafri is a self-taught documentary filmmaker and producer. A late bloomer, she kickstarted her film career as an intern on the feature thriller Penthouse North with Michael Keaton and Michelle Monaghan and since then has also worked at the Cable Public Affairs Channel, the Aboriginal Peoples Television Network and Alibi Content.

This is her first experimental film. “In April, a few weeks into the COVID quarantine, I awoke crying from the beauty and intensity of a vivid dream. I immediately scratched out what I had experienced into my notebook, but I knew I had to find another way to visually honour what I had just experienced. This is my ode to that dream and my first experimental film; it was completed in just under two weeks through remote collaboration.” 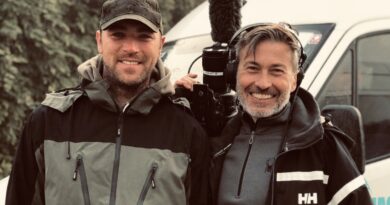 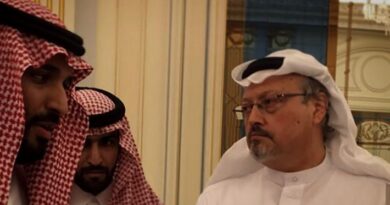 October 4, 2020 rodneyappleyard Comments Off on Bryan Fogel’s The Dissident pursues justice for Khashoggi 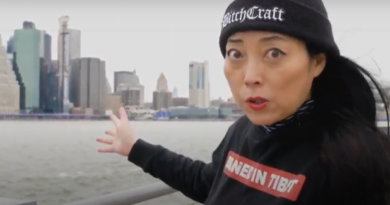 November 1, 2020 rodneyappleyard Comments Off on New ethical Documentary Festival launched to promote diversity in the industry