Aspiring young filmmakers now have the opportunity to kick-start their career in the film industry by applying for one of 900 places currently available on 47 BFI Film Academy courses located across the UK. Places are open to talented 16-19 year olds, resident in the UK, who have a passion for filmmaking and an ambition to work in the film industry. Courses are now accepting applications online for the upcoming academic year, September 2018 to March 2019.

Taking place from Bournemouth to Belfast, Shropshire to Swansea, the BFI Film Academy is a gold standard talent development programme for 16-19 year olds, designed to uncover the UK’s filmmaking stars of the future. Previous graduates have gone on to work on a wide range of films, from independent productions such as Clio Barnard’s Dark River, the upcoming Blinded by the Light from Gurinder Chadha, through to blockbusters including Kenneth Branagh’s Artemis Fowl, Patty Jenkins’ Wonder Woman 2and J. J. Abrams’ Star Wars Episode IX.

BFI Film Academy has been hugely successful, creating over 5,000 places for young people on courses across the UK since 2012. The courses provide hands-on filmmaking experience and invaluable training and insights from industry professionals. The Academy offers training for an array of film industry roles, from writing and directing to production, sound design, editing and camera, and provides learning around film history and cinematic storytelling to inspire an all-round appreciation of film culture.

Graduates go on to join the BFI Film Academy alumni network with access to opportunities such as BAFTA mentorships and the BFI Film Academy Future Skills programme. In partnership with Lucasfilm, the Future Skills programme has helped launch the careers of young people from under-represented groups, with 28 trainees placed in production roles within Sound and Lighting to Art Department and Camera on Solo: A Star Wars Story. The programme is continuing this year with a further 30 graduates from the BFI Film Academy working as paid trainees, in a variety of craft and technical roles, on the next Star Wars film, Episode IX, currently in production at Pinewood Studios.

Thandie Newton, who starred in Solo: A Star Wars Story which employed a number of BFI Film Academy graduates as trainees said: “It’s imperative that people from all backgrounds see themselves in film and one of the beautiful things about BFI Film Academy is that it gives opportunities to young people from all walks of life – the programme enables young people to enter this industry from a position of passion rather than privilege. The more people behind the scenes who bring perspectives from everywhere, the more we’ll be able to truly reflect the world through our work.”

Jen Sobol, BFI Film Academy Project Director said: “In just seven years the BFI Film Academy has established itself as a gold standard training and development programme and an important new talent pipeline into the UK film industry. This is the most exciting part of the process, when we throw the doors open and invite talented young people across the whole country to be part of the programme. I can’t wait to see who will be joining us this year.”

Maria Moss, BFI Film Academy graduate said: “Without doing the BFI Film Academy, I wouldn’t be where I am today. It provides an insight into the different departments that make up a film, so you get really practical experience and get to try out an array of roles, which helped me decide what I wanted to. Also it provides a network, which has been so important, as moving from Manchester to London has been a big change, so it really gives you a great head start!”

Nathan Lloyd, BFI Film Academy graduate said:  “For anyone interested in what goes into Film & TV productions I’d advise you to enrol in the BFI Film Academy regional and Craft Skills residential course delivered by the NFTS. It’ll demystify what goes on behind-the-scenes and equip you with all the foundation level skills and understanding needed for working in the industry. Through completing the BFI Film Academy course and Future Skills programme I am now a working member of the UK Film Industry. “

The BFI Film Academy is all about creating opportunities for everyone everywhere to be part of UK film, regardless of their background. The course costs £25 but if applicants are unable to pay the full course fee there are opportunities for these to be waived. Bursaries are also available for travel and childcare.

The BFI Film Academy contributes to a key priority in the BFI’s 2022 strategy for supporting the development of UK film by offering everyone the opportunity to build a lifelong relationship with film; to create clear progression paths for talented young people and to ensure that film is celebrated and explored in formal education.

The BFI Film Academy is supported by the Department for Education in England, the National Lottery, Creative Scotland and Northern Ireland Screen. To be eligible, applicants must be between 16-19 years old, not currently be at university or enrolled at university when the course starts and be able to commit to the duration of the course.

Maria took part in the regional BFI Film Academy at HOME, Manchester, followed by the Craft Skills residential course at the National Film and Television School (NFTS). Maria was an Assistant Director (AD) trainee on Solo: A Star Wars Story and went on to work on Pokemon and has a confirmed AD position on Wonder Woman 2, shooting this summer.

Nathan attended the BFI Film Academy at The Company (Birmingham). He was selected as a Camera trainee on Solo: A Star Wars Story. He has since gone on to work on the Sky TV Drama Bulletproof shooting in Liverpool and Gurinder Chadha’s Blinded by the Light.

Jordan attended the regional BFI Film Academy at Signals Film Essex followed by the Craft Skills residential at the NFTS. Jordan was a Sound trainee on Solo: A Star Wars Story. He has since worked as a Sound Assistant on Amazon Prime’s hit show Outlander in Glasgow and is going on to work on the next Men in Black film as 2nd Assistant Sound on Main unit. 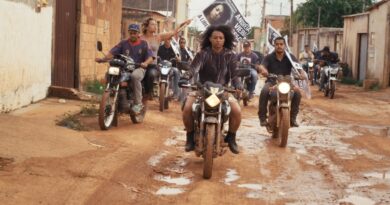 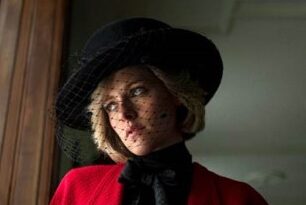